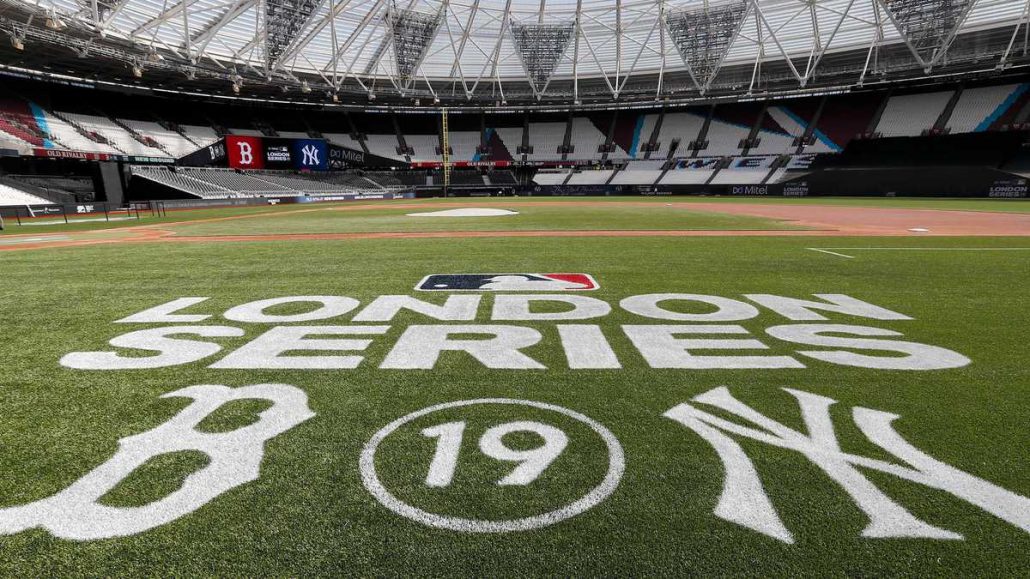 New York Yankees v Red Sox were in London for a two game series this past weekend. When it comes to these two teams matching up; there is always a lot of excitement worldwide.

Since this was the first Major League Baseball game to be played in the United Kingdom; both teams were greeted by Prince Harry and Meghan Markle.

Because there has been other professional sports teams meeting in the past in London; it was a treat to have these two big franchise teams meet in London. In January 2018, the Celtics played the 76ers in London. Be sure to check out our Boston Celtics Philadelphia 76ers London post.

When the season started in March 2019, two MLB series were in Mexico and one in Tokyo.

In this two games series, the first game was off the chart. In fact, in the first inning, both teams put up six runs and their starting pitchers exited the game before the second inning.

After the first inning, the Yankees continued an offensive onslaught. Since the game became lopsided, Alex Cora removed many of his starters and replaced them with some of his bench players. Although the score was 17 – 6, the Red Sox came back and put up more runs and made it a closer game.

In Game 2, this game started a little bit differently than yesterday. In the first inning, the Red Sox put up four runs and three of those runs were home runs. The Yankees made their mark in the second inning by loading the bases with no one out; the Yankees took advantage and put up two runs.

Of course, any time these two teams play; usually, you can expect a long game.

Final score for this game was 12 -8. With the Yankees winning both games; they have extended their lead to 11 games over last year’s World Series Champions – the Boston Red Sox.

No doubt, these type of games bring cultural growth to the game.

As always, I welcome your comments on the Yankees v Red Sox London series.