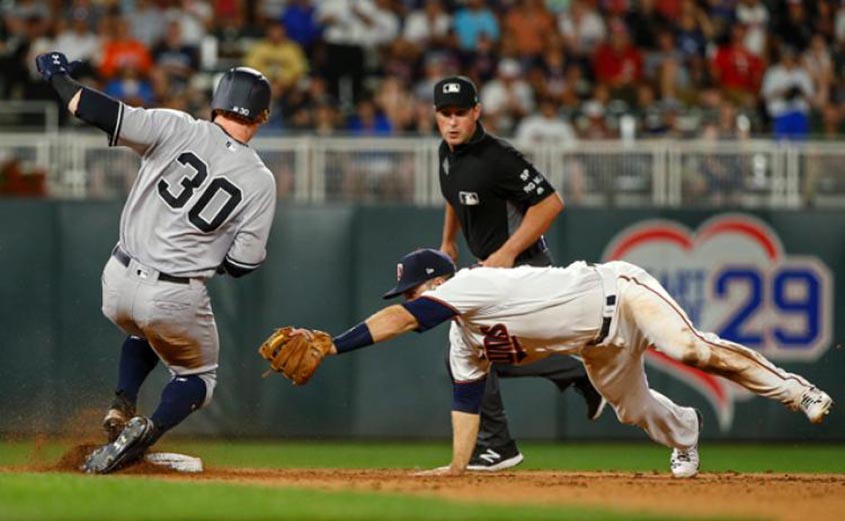 The New York Yankees beat Twins last night in the American League Wild Card Game. In the first place, the Yankees fan base was excited to see their team make the playoffs.

Of course, there was a lot of enthusiasm with Luis Severino being the starting pitcher for the Yankees. Consequently, Severino didn’t make it past the first inning. Because Severino has been a bright spot in the Yankees starting rotation; he didn’t come to play with his A game.

In the first inning, the Twins scored 3 runs. However the Twins starting pitcher, Ervin Santana came out walking the lead off hitter. And, then he gave up a base hit and home run to tie the score. After the Yankees scored four runs, Santana was pulled from the game.

With both starters gone early, this game came down to relief pitching. As mentioned in the American League Wild Card Game post; the Yankees had the better bullpen. From the second inning on, both teams were reliant on their bullpen.

In addition, both Aaron Judge and Byron Buxton were spectacular in this one game playoff. Judge’s first post season performance was spectacular. He went 2 for 4 and of course, hit a home run. Buxton was equally impressive with his defense. He made a spectacular catch to save a run.

Because the Yankees beat Twins in this one game playoff, they will advance to the 2017 American League Division Series.

So, tomorrow night will begin the American League Division Series. The schedule for the series is as follows:

Due to a team needing to win 3 out of 5 games to win the series, Games 4 and 5 will be if needed.

With Cleveland being the number 1 team in the American League; they hold the home field advantage. During the regular season, the Indians won their series 5 – 2 against the Yankees. Of course, anything can happen in the playoffs.

What team will advance to the next round in the playoffs?