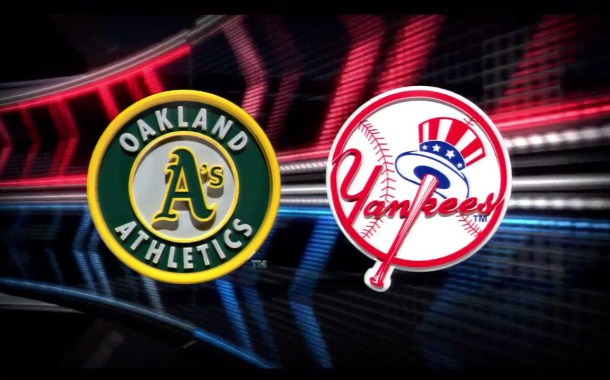 The Wild Card game will be in New York after they clinched home field advantage. So, Yankee fans get ready. With the Yankees playing good ball the last week of the regular season, there is hope that this team will make it far in the playoffs.

Now that the regular season is behind us, it is time to focus on the playoffs. And the New York Yankees will host the Oakland Athletics on Wednesday.

For the second straight year, the Yankees are in the same spot. To read more, visit our American League Wild Card Game post.

As you know, last year’s Yankees team made it all the way to the American League Championship Series before losing to the Houston Astros.

First and foremost, this year’s team has had a great season. Although they have faced some challenges, this year’s team won 100 games and hit the most home runs in the MLB in a single season. To read more, be sure to visit our New York Yankees Season Review post.

Since the Yankees have both strong offense and a good bullpen, will they advance to the next round?

Now that the Oakland A’s know they are heading to New York, they have a few potential starters available. For the month of September, the A’s have been using a lot of their bullpen. Ironically, they have been using more bullpen pitchers than starters in many of their games.

With the Athletics having one of the best bullpens in the MLB, anything can happen in a one game playoff.

Who Will Face the Red Sox

No doubt, all pitchers will be on deck for the Wild Card game. With the Yankees getting hot in the last week, will that carry over to this wild card match-up? With J.A. Happ slated to start the game for the Yankees, he is considered better than any of the Oakland Athletic starters. Will that give the Yankees the edge? Or, will it come down to the bullpen?

Indeed, anything is possible in the Wild Card Series. Many predict the Yankees to win and head to Boston to face the Red Sox.