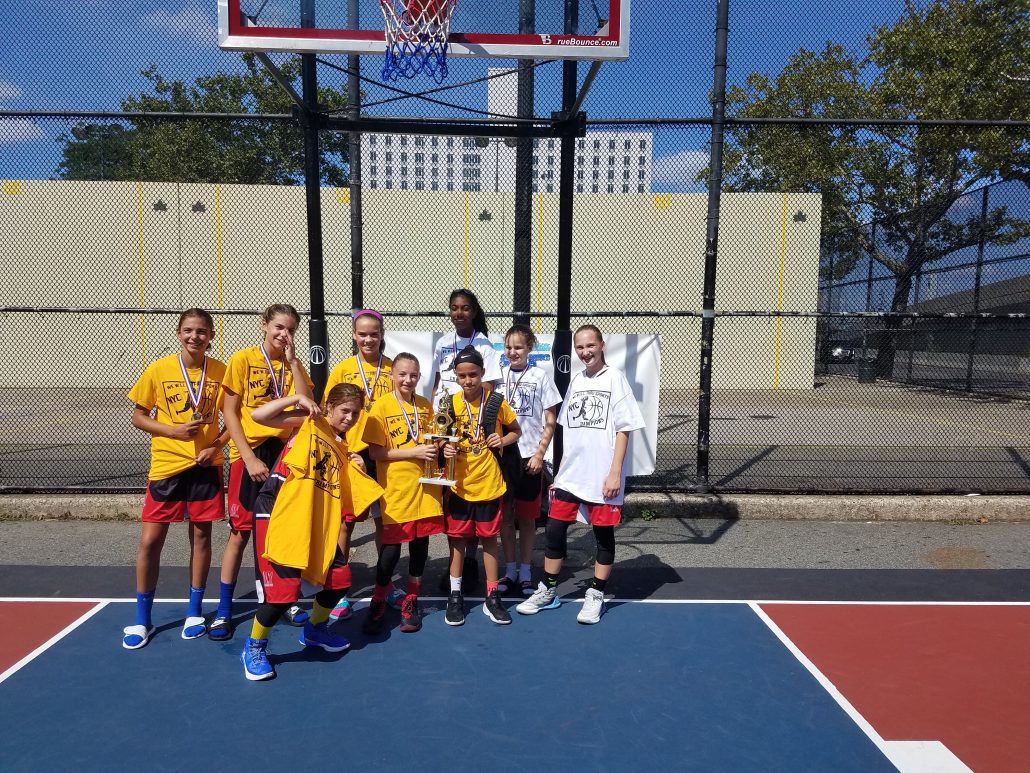 Under coach Mike, the NYC Extreme Hoops South wins the championship for the girls AAU Basketball Tournament. Since the weather cooperated, everyone had a great time.

In the first place, the NYC Extreme Hoops South is one of the top AAU teams in New York. At the same time, the objective of the youth team is to provide quality practice sessions, training and competitive basketball games. By doing this, the kids are able to build on their skills to take them to the next level.

No matter what each kids’ skill is, the results are the same. Moreover, they work with each kid to increase their knowledge of the game and work with their strengths and weaknesses.

Ultimately, they hope their program encourages these kids to reach their potential as players and people.

In the photo below, the NYC Extreme Hoops South is holding their medals they were given along with the Championship Trophy. As you can see, the girls have their We W.I.L.L. Thru Sports T-shirts over their uniform. 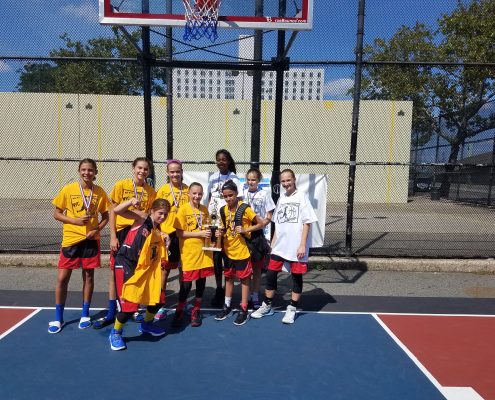 So, the runners up for the AAU Girls August Basketball Tournament are Central Baptist Regin. Because this team only started a few years ago, they have done well under the leadership and coaching of Coach John and Coach Carolyn.

Although the team was excited to compete, they were defeated by NYC Extreme Hoops South. 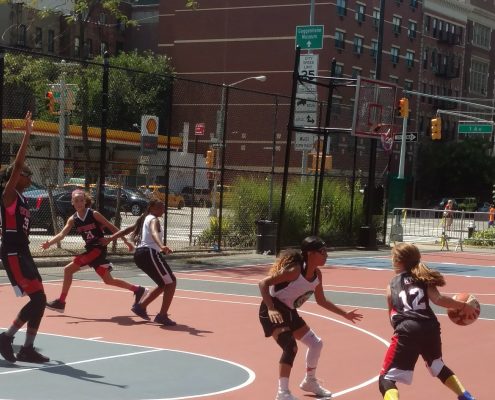 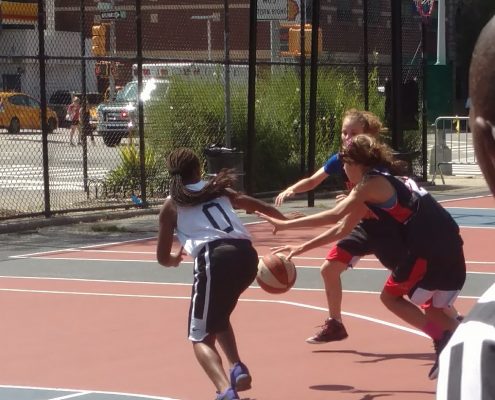 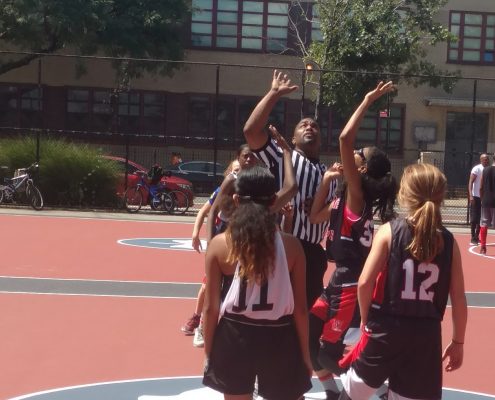 Of course, there was a lot of excitement for the AAU Girls Basketball Tournament. Both teams brought their A game and played with a competitive spirit.

Because the Central Baptist Reign team has only played together for a few years, We W.I.L.L. Thru Sports are really proud of their efforts. The girls showed tremendous hustle and team spirit. Meanwhile, as the team continues their practice sessions and training, they will continue to get better.

To sum up, We W.I.L.L. Thru Sports wants to thank all the girls for the overwhelming response to the tournament again this year.