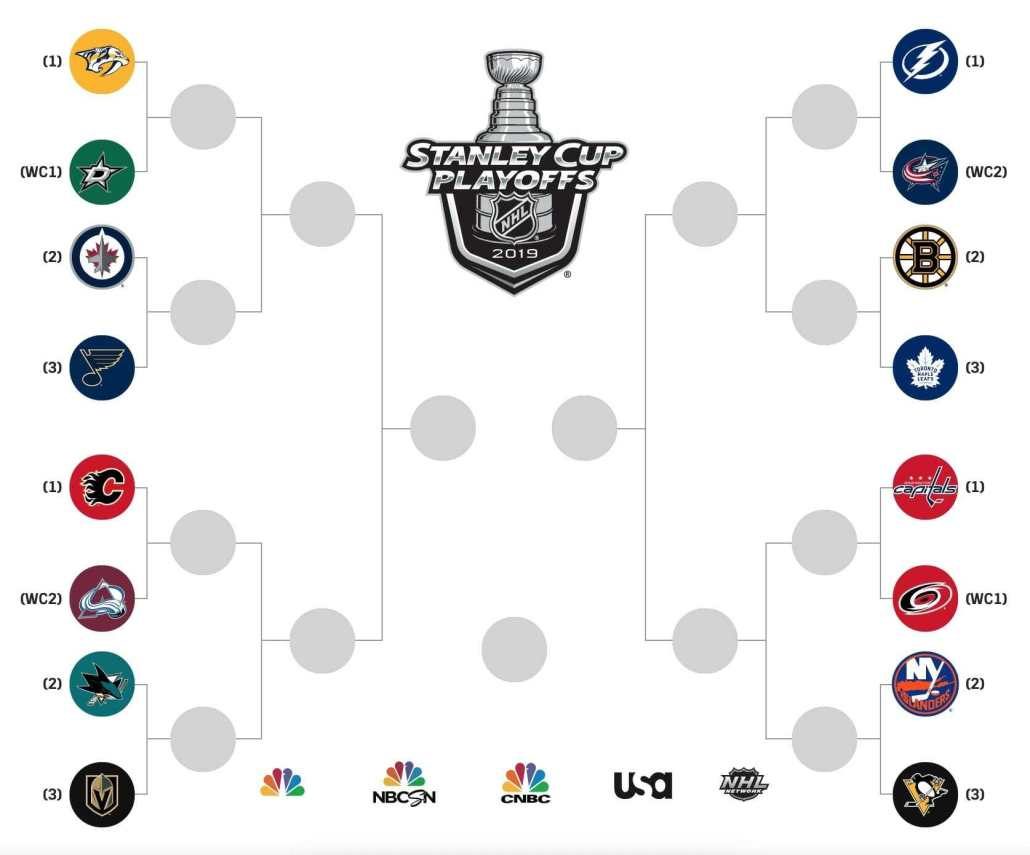 NHL Playoff update for this season has already had some surprises. To read more about this season’s playoffs, be sure to visit our NHL Trade Activity post leading up to the playoffs.

With the playoff’s underway, the top team in the NHL has been eliminated. In fact, the Tampa Bay Lightening was swept in four games by the Columbus Blue Jackets. Since many Hockey Analysts had the Lightening as the team to make it to the finals; what happened?

Of course, an upset can have a positive impact on a team. With the Blue Jackets sweeping the Lightening; will they be the surprise team?

In the Central Division, the Nashville Predators are off to good start. Presently, they have the lead on the Dallas Stars – 2 -1. Although the Predators have been hot in the last 11 games; they don’t have the highest stats to go far in the playoffs.

Because the Lightening is no longer in the playoffs; the 2018 Western Conference Champions, the Vegas Golden Knights are considered the new favorites to win the 2019 Stanley Cup finals. To read more about how they played in last year’s Stanley Cup; be sure to check out our Washington Capitals Win First Stanley Cup post.

Since the first round isn’t finished; it is a surprise that the second year Vegas Golden Knights is expected to go all the way this year.

So, the Boston Bruins have the second best record in the NHL. And, last night the Bruins evened up the series. Now, the series resumes in Boston on Friday.

Odds to Win the Stanley Cup

Which team will be the surprise team? Who do you think will win the Stanley Cup? In essence, last year’s teams – the Washington Capital presently are rated number two to win the Stanley Cup. Will the Capital’s repeat as champions?