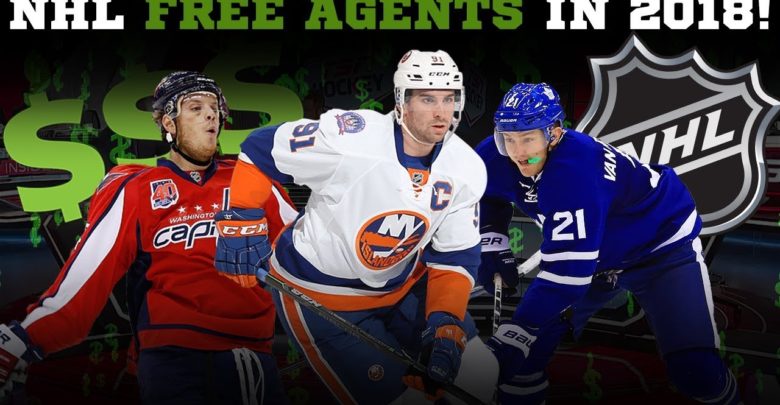 The NHL Free Agency season is underway. Similarly to the NBA, there has already been a lot of signings. To read more on the NBA basketball signings, be sure to visit our NBA Free Agency Update post.

So, the free agency period started at noon time this past Sunday and already there were a lot of deals. In the first place, there aren’t many top players unsigned as of yet, other than:

First and foremost, one of the top names available this season was John Tavares. With the Toronto Maple Leafs signing Tavares for seven years to a $77 millions dollar contract; they have improved their defensive line. No doubt, with Tavares leaving the New York Islanders, they will need a solid defensive player to replace his defense.

To date, the Islanders have signed Robin Lehner for 1.5 million for one year and acquired their prior Winger, Matt Martin from the Maple Leafs for goalie prospect Eamon McAdams.

In addition, the Philadelphia Flyers signed James van Riemsdyk for five years at $7 million a season. Since many teams are still looking for defense, many elite players have already been signed to long-term extensions with their respective teams.

Additionally, there were other signings throughout the NHL for various teams and players.