January 6, 2020|Lynne|Comments Off on NFL Divisional Round Matchups 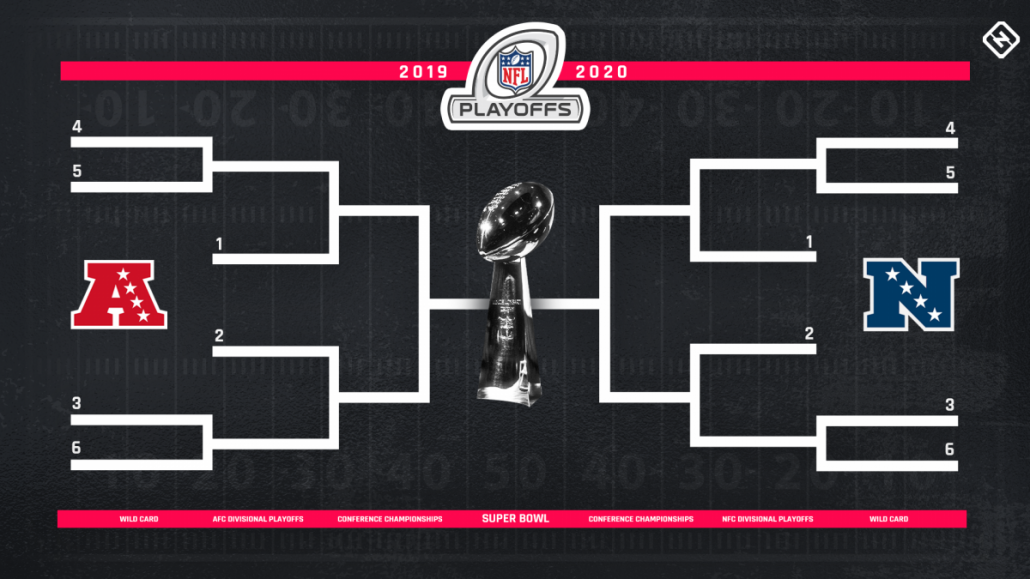 So, after two games went into overtime and several upsets in the Wild Card Playoffs; the NFL Divisional Round matchups are set for this upcoming weekend. Be sure to visit our Wild Card Playoff Schedule 2020 post to read more about the teams.

With many surprises in the Wild Card Games; let’s take a look at the playoff picture.

In the first place, in Game 1 on Saturday, the Buffalo Bills looked to be the better team. However, the Houston Texans were able to come back and defeat the Bills in an overtime game to move on.

Also, last year’s Super Bowl Champion, the New England Patriots were favorites in their matchup against the Tennessee Titans. However, the Titans defeated the Patriots and will move onto the Divisional Rounds. Be sure to visit our Patriots Season Ending Loss post to read on how the Patriots season ended.

In the AFC, the schedule is as follows:

With the Titans victory against the Patriots; can they do the same thing to the Ravens? Meanwhile, the Texans hung onto beat the Bills in a comeback victory; however the Chiefs are the favorites.

In the NFC, the schedule is as follows:

With the Vikings upset against the Saints; are they going to surprise the 49ers? Meanwhile, the Seahawks will have their hands full with the Packers.

As always, I welcome your comments on who you think will win the NFL Divisional Round.