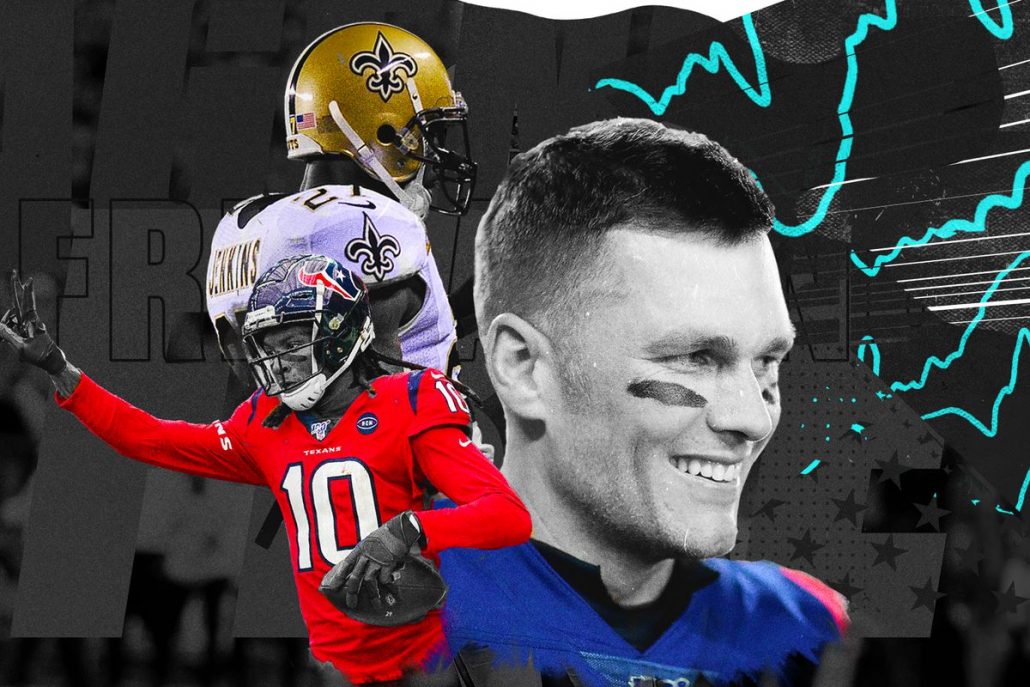 The NFL 2020 free agency and trade season has been very active. Without much happening in the world of sports; there has been a lot of crazy moves made in the off-season.

Before free agency opened, Eli Manning announced his retirement. To read about his illustrious career with the New York Giants; check out our Eli Manning Retires NFL 2020 post.

Notwithstanding, before the season started; one of the biggest stories in the NFL was; would Tom Brady leave the New England Patriots? Although many were surprised Tom left the Patriots; no one should have been surprised. Be sure to visit our Tom Brady #12 Patriots Journey post to read more about his career with the Patriots.

With Brady signing with the Tampa Bay Buccaneers, the only two quarterbacks remaining unsigned are Cam Newton and Jameis Winston.

In addition, Emanuel Sanders was signed by the New Orleans Saints. Also, Jack Conklin signed with the Cleveland Browns and Corey Littleton received a contract from the Las Vegas Raiders.

At the same time, some of the biggest trades that have happened thus far are:

In Summary, there were a lot of other free agency signings and trades occurring.

Since we’re only a few weeks into the NFL 2020 off-season; there are still sure to be a lot of signings.