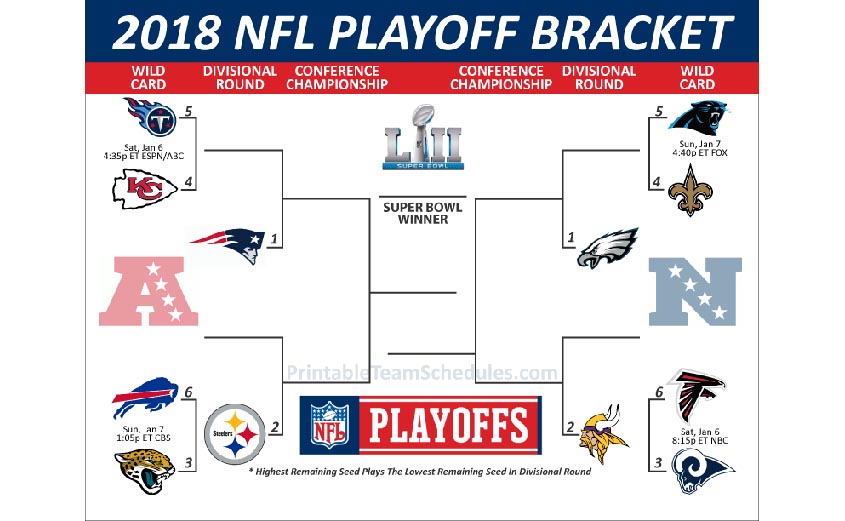 So, the NFL 2018 Playoff picture is all set. Since there were several playoff spots available entering Week 17; the first round is all set.

First and foremost, both the New England Patriots, and the Pittsburgh Steelers have byes for the first round of the playoffs. As of yesterday’s final game of the regular season, both the Buffalo Bills and the Tennessee Titans clinched wild card spots.

Indeed, there was a lot of excitement in the final week of the regular season. Many thought that the Baltimore Ravens would be in the playoffs. However, with their loss to the Cincinnati Bengals, they were eliminated.

For the NFC division, both the Philadelphia Eagles and the Minnesota Vikings have byes for the first round of the playoffs. In fact, the final two wild card spots went to last years Superbowl contender, the Atlanta Falcons and the Carolina Panthers.

On Sunday, January 7, 2018 the schedule is as follows. For the first game, the Buffalo Bills will be in Jacksonville to play the Jaguars at 1:15 p.m. And, for the second game, the Carolina Panthers will be in New Orleans to play the Saints at 4:40 p.m.

The Divisional Rounds schedule is as follows: