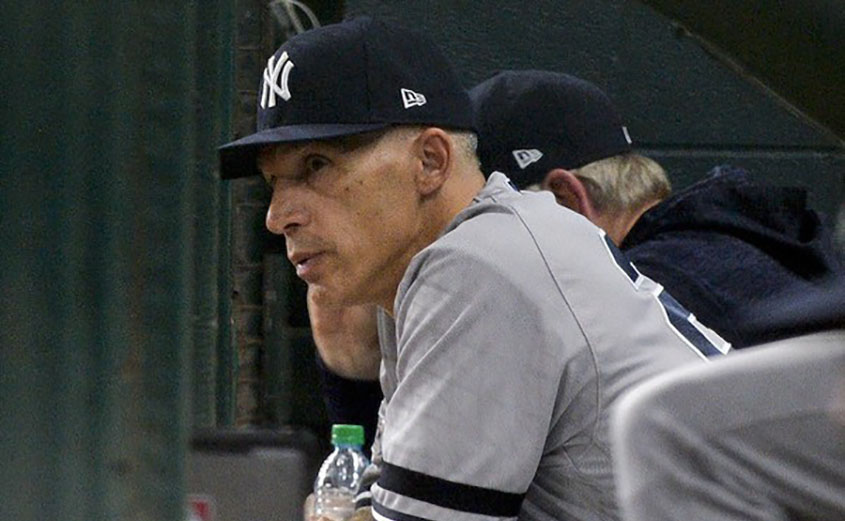 So another one bites the dust and Joe Giradi was terminated. In the first place, Joe was with the Yankees for 10 years as a Manager for the team.

First and foremost, Joe was with the New York Yankees for 10 years. As a result of his leadership, he led the team to 910 victories, six post season trips, four ALCS trips and a World Series in 2009.

And, this year the Yankees were better than many expected. After the Yankees Exciting ALDS Victory; they made it to Game 7 in the conference series. Although they lost to the Houston Astros; they played their heart out.

Even with the Yankees going much further than people expected, Joe was terminated days after their loss.

So, Joe isn’t the only Manager to get the ax this season. Thus far, there has been a lot of turnover. If you’re a MLB Manager and not in the World Series, you may be fired.

Although you may have made it to the post season, you may have already been let go. In fact, this season the following MLB Managers’ have been terminated.

Is the search for MLB Managers on younger and less experienced candidates?

So the search is on for a candidate to replace Joe Giradi. Because the Yankees have a young team and a deep farm system, are they looking for a Manager less experienced? As many names are being circulated presently; they seem to be linked to Brian Cashman.

Although Brian Cashman’s contract is also expiring, will it be renewed? Arguably, many expect Cashman to be back at the helm after the successful year he had in putting this team back together.

In summary, who do you think will be the next New York Yankees Manager? As always, I welcome your comments.