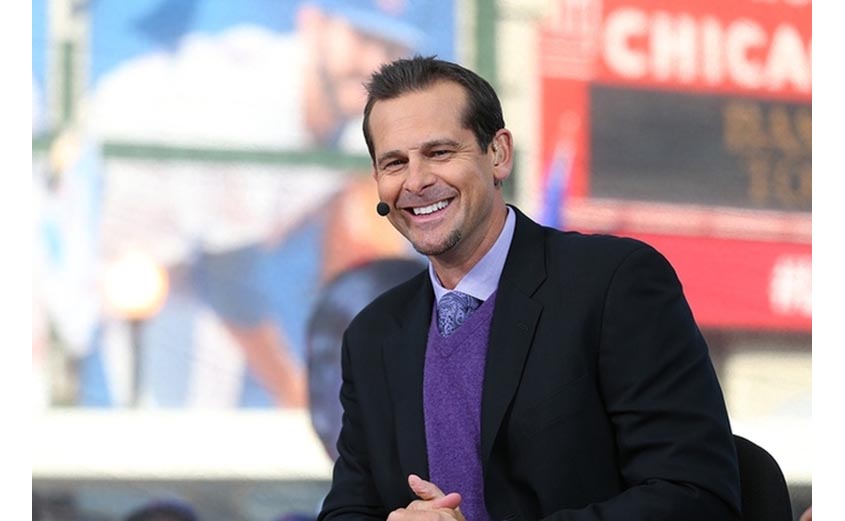 So Aaron Boone has been hired as of this past Friday as the New York Yankees new manager. When the Yankees terminated Joe Giradi as their Manager, one concern they had, was his communication. Well, that is about to change with Boone.

For those of you not familiar with Boone, he is best remembered for his home run in Game 7 of the ALCS against Tim Wakefield in 2003. After his home run, he blew out his knee in a basketball game and was released from the team.

Aaron comes from a family of MLB big league experience. Hence, his brother, father and grandfather all have played in at least one All Star Game. Additionally, Boone was part of the Cincinnati Red’s organization in the infield in 1998, when his brother played second base.

Indeed, he comes from a family with a lot of baseball experience.

Although Boone has experience as a former MLB player; he also has experience as an Analyst. In addition, to his experience on ESPN broadcasts; he is 10 years younger than Giradi. With analytics becoming a bigger part of the job, it isn’t a surprise to see the Yankees hire Boone.

With Boone’s experience in the ALCS, and going to a World Series in 20o3, he will be able to relate to the younger players. When Boone became an Analyst in 2010, he became recognizable to baseball fans everywhere. In addition to his experience as an Analyst, he often was on the field before and after games.

Of course his experience in interacting with coaches, managers and players as an Analyst will come in handy in his new role as the Yankees Manager.

How will Boone Fare