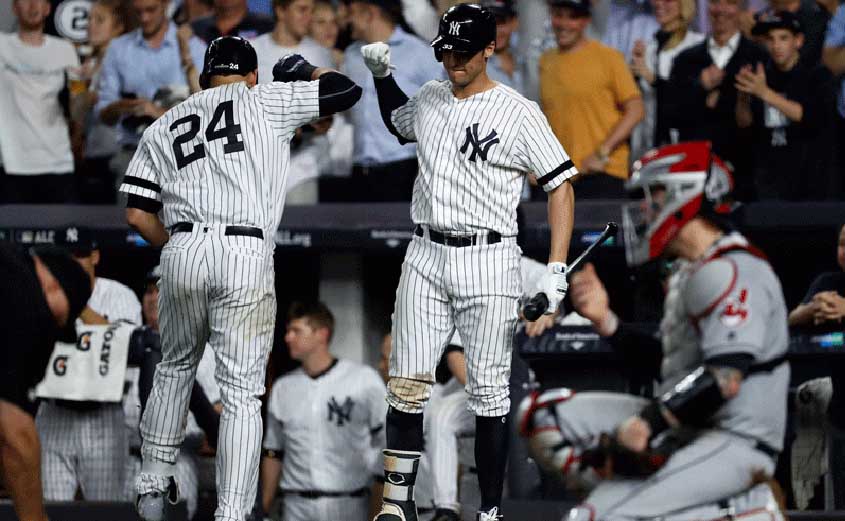 So, after the Yankees beat the Twins in the ALDS in the Wild Card game, no one thought they had a chance against the Indians. When the Indians won 22 straight games in September, they looked like the team to beat in the playoffs.

Since the Indians seemed to have a lot of momentum on their side, what happened? Did they peak to early last month? Strangely enough, the Indians team suddenly seemed to be in a slump. At the same time, their offense and defense came to a sudden halt.

First and foremost, the Yankees have had a great season. When they needed to count on their offense, the team came through. By and large, the Yankee’s pitching staff, bullpen and defense all came together.

After the Yankee’s lost in Game 2, there seemed to be questions about Joe Giradi. Because this year, many of the management and coaches don’t have contracts, will they be back next year?

With the Yankees exciting ALDS victory, they are set to meet the Houston Astros. Since the Astros had the better record, the series will open up in Houston.

So, the ALCS schedule is as follows:

In summary, this series format is the best of 7. Which team will win? Will the Yankee’s advance to the World Series?