January 22, 2018|Lynne|Comments Off on New England Patriots Against Philadelphia Eagles 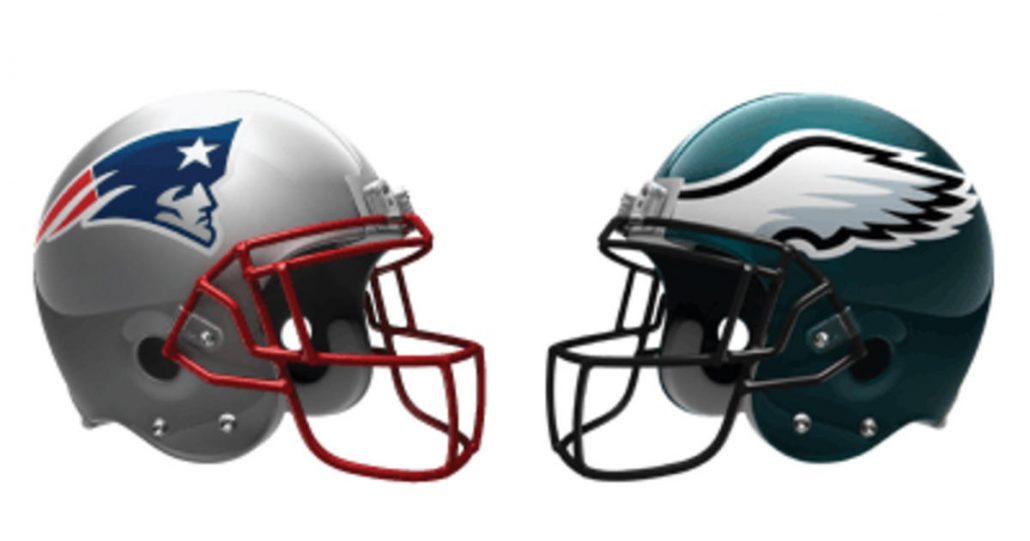 The New England Patriots will play the Philadelphia Eagles in Super Bowl LII. So last time these two teams matched up in the Super Bowl was in 2005.

Although Tom Brady had a hand injury in practice; he led his team in beating the Jaguars by a score of 24 – 20. Since the Patriots were down by 10 points in the beginning of the fourth quarter; they were able to take control and take the lead.

For me, this game had a lot of question marks. Between Tom Brady’s hand injury and Rob Gronkowski’s injury in the second quarter; I didn’t think the Pats would win. Not only did they win; but they did it in their typical game day rally.

So, now the Patriots have two weeks to prepare for their second consecutive back-to-back trip to the Super Bowl.

For the Philadelphia Eagles, they have been playing as underdogs throughout the playoffs. After Carson Wentz tore his ACL;  Nick Foles replaced him.

Since many thought Foles wasn’t good enough; he proved his critics wrong. From being a back-up to Wentz; he has become a fan favorite in Philadelphia.

In fact, Foles took control of the game early in the NFC Championship game. The Eagles were on a mission and they easily defeated the Minnesota Vikings.

So now, both teams have two weeks to prepare for the final game of the season. In summary, they will meet in Minnesota for Super Bowl LII. When these teams met in 2005; the Patriots defeated the Eagles 24 – 21.

Similarly, Brady was the Patriots Quarterback in 2005. At that time, the Eagles Quarterback was Donovan McNabb. So this time, Brady will face Foles. Consequently, two of the players for the Eagles were with the Patriots in their Super Bowl victory last year. Both LeGarertte Blount and Chris Long will now be on the opposite side at Super Bowl LII.

Who will win Super Bowl LII?