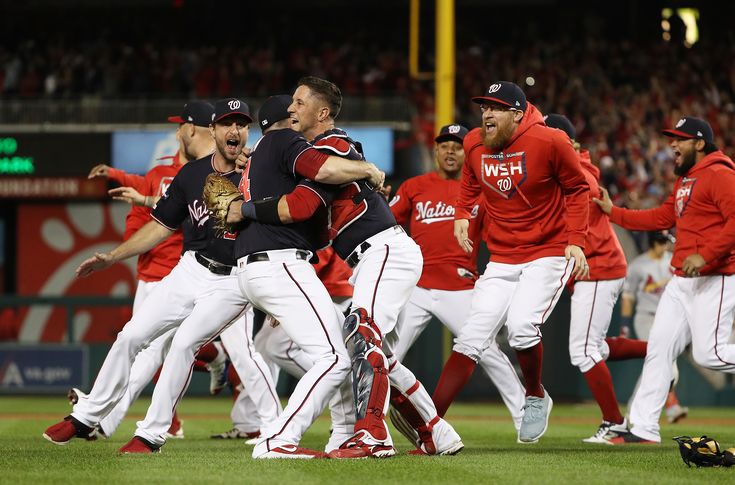 The Washington Nationals win their first World Series. In Game 7, this series had the visiting team winning each of the games. Although the Astros had a 2-0 lead through the 7th inning; the Nationals were able to bounce back and take the lead.

When the World Series started, the Houston Astros were heavy favorites. After the Astros beat the Yankees; many Baseball Analysts expected the Astros to capture their second title in three years. Be sure to read our Yankees Elimination ALCS 2019 post.

Although, the Nationals were underdogs; they rose to the occasion.

So, neither the Astros or the Nationals won any of their games at home. All of the wins came from the visiting team. Surprising – definitely!

In the MLB, NBA or NHL, there has never been all of the games won by the visiting team.

After Max Scherzer suffered from a neck injury; it seemed certain his season was over. Because Scherzer received a cortisone injection; he was anxious to pitch. And, he was able to pitch through five innings. When Scherzer exited the game in the fifth inning, he didn’t have the lead.

No doubt, his efforts paid off. Now, he will receive his first ring.

With the Astros leading by a score of 2 – 0, reliever, Patrick Corbin took the ball in the sixth inning.

Since the Nationals were a Wild Card team in the playoffs; many experts didn’t expect them to get very far. However, they were determined to prove their critics wrong.

When the 7th inning started, Anthony Rendon hit a home run off of Zack Greinke. A few batters later – and Howie Kendrick had a two run shot for the go ahead run 3 – 2.

From the 7th inning on, the Nationals took the lead and continued to pile up runs.

With the Washington Nationals win for the first time since 1924, this team should be very proud of themselves. After starting the year off with a losing record; they finished their regular season with 93 wins.

In conclusion, the Nationals proved everyone wrong. They rose to the occasion and now have a parade to look forward to.