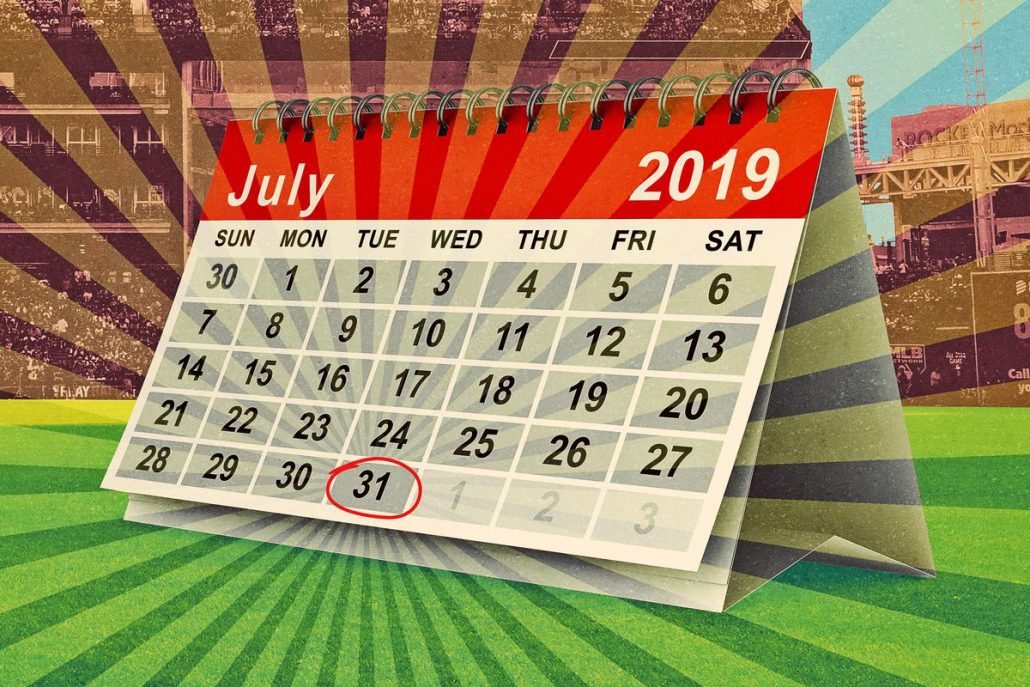 Today is the Trade Deadline. When the season first started, there was a lot of hope for several teams. With approximately 53 games left of the season; what teams made a move?

So, every year there are a lot of names heard leading up to the deadline. However, every year is the same thing. Whether your team is in the running to make the playoffs or a seller; one thing is for sure – you can expect to see some movement.

Before the deadline, last year’s World Champion, the Boston Red Sox made a trade with the Baltimore Orioles and acquired Andrew Cashner for two prospects. Be sure to read our Red Sox Win World Series 2018 post.

Additionally, the following deals were made.

In addition, there were a lot of other moves throughout the MLB.

In the first place, one of the biggest names to be signed was New York Mets, General Manager, Brodie Van Wagenen signed Ace, Marcus Stroman for two top pitching prospects. With the Mets making this deal, they have one of the best starting rotations in baseball.

Also, Edwin Diaz’s name has been thrown around the last few days; however the Mets have decided to hang onto him.

Indeed, the Yankees are in need of starting pitchers.  At the deadline, the Yankees acquire Alfredo Garcia from the Colorado Rockies for Joseph Harvey.

In summary, there were some big names moved and time will tell if any of these moves lead to a World Series title.

As always, I welcome your comments on the Trade Deadline.