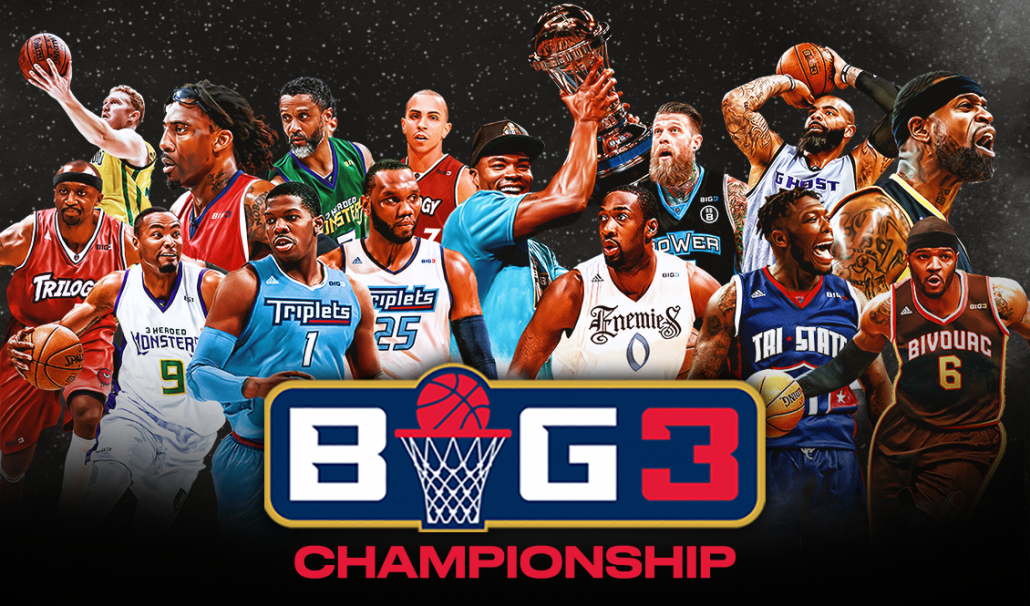 BIG3 Championship Game is set. So, there will be a new crowned champion for the third year in a row. Without further adieu; let’s take a look at this season. Be sure to check out our BIG3 Third Season 2019 post for an update on this season.

Since there were four teams tied with a 4 – 3 record; the playoffs were important to see who would advance to the championship game.

In the first game, last year’s defending champion – Power lost to the Killer 3’s with a score of 50 – 42. To read more about last year’s Power champions; be sure to visit our Power v 3’s Company BIG3 Championship Game post.

Additionally, 3’s Company played Bivouac. Meanwhile, Bivouac in their first season won the game with a score of 50 – 36.

In the two games on September 1st, Power and the 3 Headed Monsters will play in the first game at 3:00 p.m. for third place.

With the Killer 3’s win, they will play the Number 1 seed, the Triplets on Sunday, September 1st, 4:00 p.m. at the Staples Center in Los Angeles.

The Triplets is led by MVP Joe Johnson and by the Coach of the Year, Lisa Leslie. In their first season, Johnson has been a big influence as this team seems unstoppable.

The 2nd Seed, Killer 3’s is led by Captain, Stephen Jackson and Coach, Charles Oakley. Since the start of BIG3, the Killer 3’s has consistently improved as a team. From finishing in the bottom in their first year in the league to making the finals, this team has improved each year.

Who Will be the BIG3 Champions

In summary, the championship game will be exciting. Will the winner be the Killer 3’s or will Johnson lead the Triplets to a win in their first season?

Because, I will be on Vacation, you will have to watch the game on September 1st to see who is crowned the winner in the BIG3 Championship game.