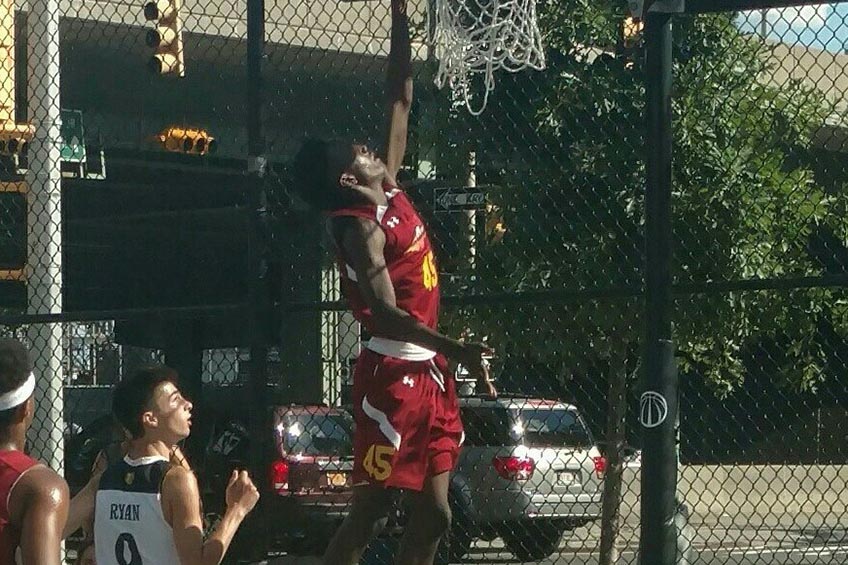 You have seen the pros master the dunk shot including everyone from Lebron James to Michael Jordon and Yao Ming. You can hear the crowd roar when they make the shot. The dunk shot has the highest field goal percentage in all of basketball, meaning that it is a move that you should not only learn but try to master. I know what you’re thinking, you need to be tall to pull off the dunk. It’s true that being taller makes it easier, but don’t despair. With a little hard work you can develop both the muscles and the skill to master this feat regardless of your height.

Master the Dunk a.k.a Ballin

Dribble Toward the Basket: Set the wheels in motion by taking the allowed two steps while you palm the basketball in your dunking hand. Keep the full control of the ball during your approach. For optimum elevation launch yourself vertically from your plant foot which is opposite your shooting hand. You will need to fully extend your shooting arm to the rim, then BAM, drive the ball down through the net.

Start With One Hand: A two handed dunk is impressive and will surely result in a score. However; it requires a much greater leap than a one handed dunk. Start off small, with on hand dunks and work your way up to the grand two handed dunk.

Use a Smaller Ball: By starting out practicing with a smaller ball you will have more control initially. Once you build up your confidence swap out to a full-size ball. A word of caution here though, make sure you use a full-size ball for shooting and dribbling practice so you don’t become too accustomed to the odd size.

Work on your Grip: Take a run at the net with the ball in one hand and slam it into the backboard. While this maneuver isn’t as difficult as the dunk itself, it will firm up your grip level and improve ball control.

What Goes Up Must Come Down: Focus on your landing. With that massive launch, you don’t want to land the wrong way and risk injury. When ever possible land on both feet to distribute the load. Cushion your landing by flexing your legs. NEVER grab the rim, you just might land on your backside.

Lower the Net: If you are just getting started, you may want to lower the net slightly. This will give you a chance to master your technique while you are still developing your muscles. Gradually raise the net until you are dunking at full height.

Before you know it you will be ready for the NBA. 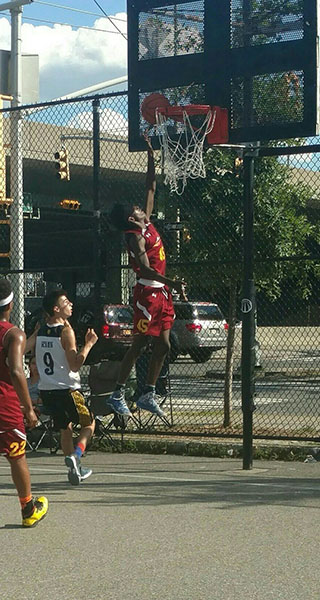