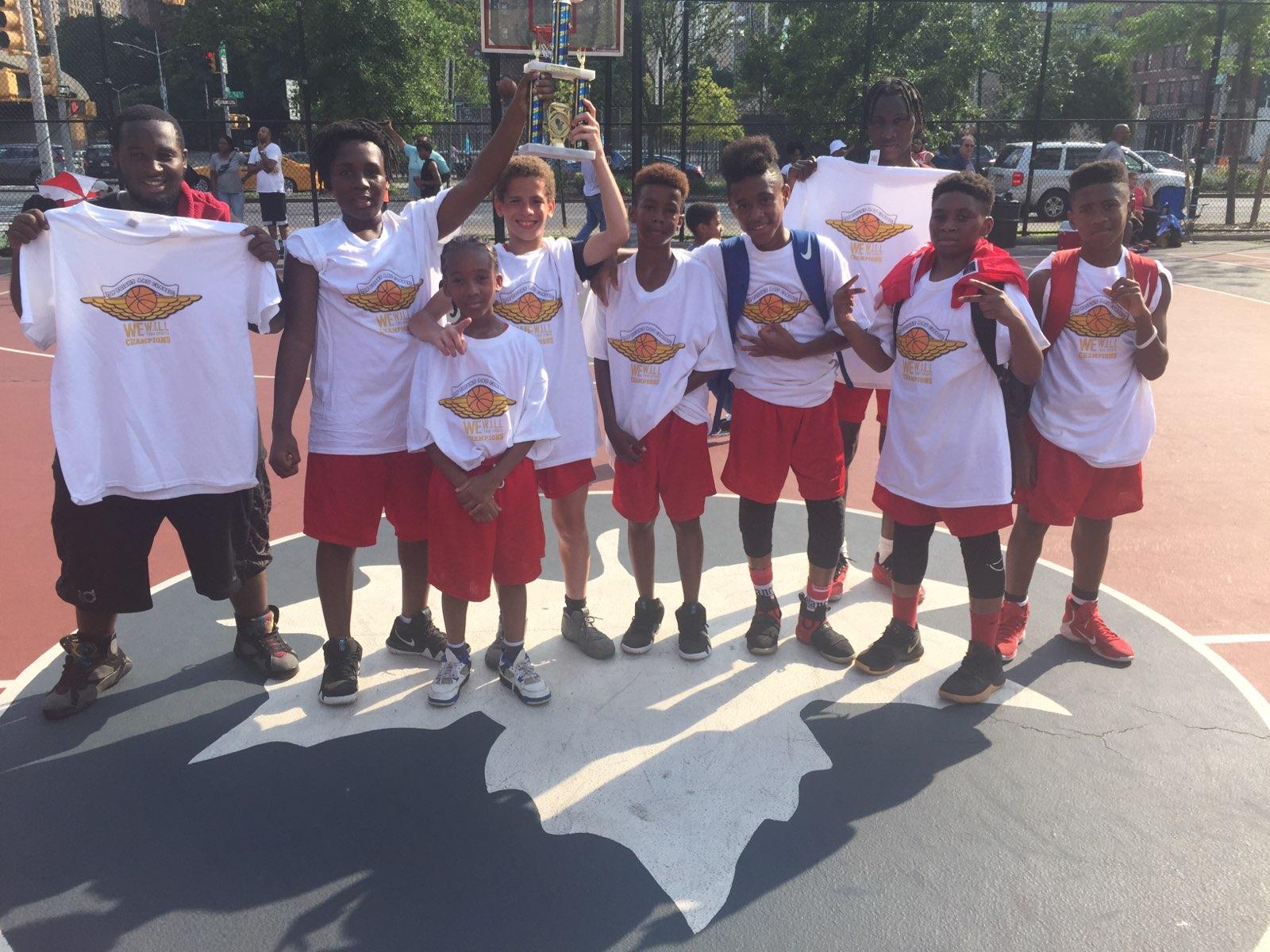 Now that the AAU Basketball Tournament has ended, we wanted to express our appreciation for how hard all the kids worked.

Our AAU Basketball Tournament is always an exciting event for We W.I.L.L. Thru Sports. Through our effort with the Park N Recreation department to renovate the basketball courts, we were excited to use the Stanley Isacc’s park for our tournament.

Not only did we have kids from New York participate in this event; but we also had teams come from Arizona, New Jersey and Virginia. As we expand our programs, we’re excited to see what the future holds.

In the first place, this tournament had twenty teams which are split into five different divisions. So, the teams are formed by age as follows:

Not only did all the kids work hard, but they played well in extreme heat.

So even with the extremely hot temperatures, the tournament was a huge success. The names of the winning teams for each age division are as follows:

Now that the tournament has ended, we are proud of the way all the kids played. Not only did they play well in the heat, but they showed great sportsmanship throughout the tournament. Be sure to visit our Youth Sportsmanship Behavior post on how to play sports the right way.

In summary, We W.I.L.L. Thru Sports thanks all of our volunteers from New York Cares that helped with the equipment, take pictures, sell water, kept score, and time keeping.

Of course, without our volunteers, things wouldn’t have run as smoothly. We appreciate everyone’s time and effort in making the AAU Tournament a success.