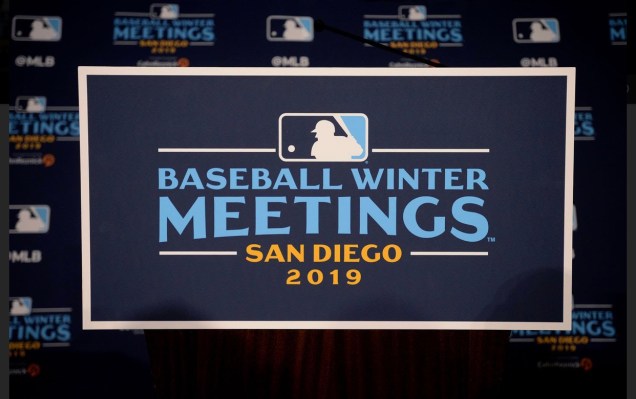 The 2020 Winter Baseball meetings have had a flurry of activity. So, this year there was a lot of major signings. Although the meetings have come to an end; you can be sure there will still be a lot of movement before Spring Training.

When the meetings began, all eyes were on Gerrit Cole, Anthony Rendon and Stephen Strasburg. After the impact, Stephen had on the World Series; it was no surprise that the Washington Nationals wanted to keep him. Be sure to visit our Nationals Win World Series 2019 post.

In addition, the Los Angeles Angels signed Anthony Rendon to $245 million for seven years. Also, Cole signed a $324 million, nine year deal with the New York Yankees. With Cole signing with the Yankees; the Yankees quickly became the favorite to win it all.

With all three star players agreeing to deals before the close of the meetings; there was a few other trades and signings.

At the same time, there is still time before the start of the regular season. Indeed, some off seasons are slower than others; however the meetings this year were dominated by star power.

Let’s take a look at what happened on the final day of the meeting.

Also, there was a change of leadership with the Boston Red Sox. In his first meeting as the Chief Baseball Officer, Chaim Bloom is in no hurry to do something. He remains focused on acquiring the right players and cutting payroll. Ironically, there are a lot of rumors spinning on moving David Price and Jackie Bradley Jr.

Clearly, teams are anxious to generate excitement. Of course, all teams hope to be the one standing at the end of the season. However it is clear, that the meetings moved at a faster pace than the year prior.

In summary, there is still two months before Spring Training.

As always, I welcome your comments on what you would like to see happen before the start of the 2020 Baseball season.